How To Watch TV Without An Aerial (Freeview & Alternatives)

Own a TV but don’t want to pay for a new aerial to be installed, or perhaps you’re just curious what options are out there for watching TV without an aerial. It’s quite a common question, so we’ve pulled together a blog on the ways that you can go about doing this.

In this article we will talk about:

So without further ado, let’s jump right in!

Live TV Without An Aerial

The single most popular TV option is Freeview in the UK, which you will need an aerial for. There are however a few options for getting live TV to your home including Satellite & cable solutions, if you’re researching the topic you may also come across IPTV which rose to prominence with Kodi boxes, it’s a streaming service, but I advise highly against it as it’s illegal in the UK and could lead to a significant fine if caught.

Cable TV
You may be familiar with Virgin Media, one of the UKs largest TV providers. Well they provide their live TV through cable. This may not be the best solution if you’re looking to save money as it’s a subscription only service, and an expensive one at that.

This cable solution will deliver TV, internet and a landline connection all through a single cable to your home, which comes from underground and is a box on the wall usually inside your property. It’s a good solution if you’re willing to pay the monthly fee, as it’s underground it means there is less disruption due to the weather which can often be problematic for satellite TV. Virgin also offer some of the best most reliable speeds in regards to the internet with their fibre solution.

Satellite TV
When you choose to get a satellite you have two main options to watch live TV, the most popular of which and along similar pricing lines of a monthly subscription service to Virgin is Sky. The second option is to go for Freesat TV and for this you’ll need a freesat box.

Some of the freesat boxes on the market can get around 200 channels with a handful being HD, and even a few 4K. It’s a viable option but of course you will need to get a satellite dish installed.

We’ve pulled out a few popular freesat boxes for you as well, which have some great reviews and will do the job perfectly: 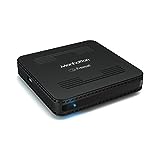 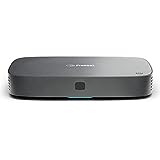 You Might Not Need An Aerial For Live TV

This sounds strange I know, but if you have moved into a new build home you might not actually need an aerial installed for live TV. It’s becoming quite common for new build estates to have a single aerial or satellite dish installed for use by everyone, so you might already have satellite or aerial points in your house, take a look around!

The internet has quite obviously changed the way we watch TV, gone are the days of Blockbuster and Love Film and ushered in is the new digital version. There are loads of new ways you can watch your favourite films and series with the likes of Netflix, Amazon Prime, Hulu, BBC Iplayer and many more, most of which require a monthly fee but this is usually a fraction of what you would pay for live TV.

These services could also be the future of live TV, just a few months back Amazon Prime had the Premier League live, as an initial test for demand of the service, there could well be more. How do you watch these services though?

Smart TV
The best way to access all of the latest apps like Netflix & Amazon Prime is to have a smart TV. You simply connect the TV to the internet and they often have buttons on the remote to direct you to all these different apps, and much like a phone usually have an app store in which you can install additional apps.

Smart TVs come in all shapes and sizes, which you can find here. Although we’ve picked out a few of the top choices: 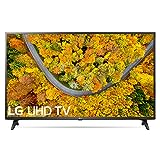 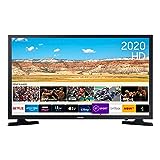 Amazon Fire Stick W/ Alexa Voice Control
The Amazon Fire Stick is a plug and play solution, all you have to do is put it in a USB port of your TV, connect it to the internet and away you go. Here are some of it’s great features which we’ve highlighted right below:

Now TV Smart Stick
The Now TV Smart stick works in a very similar way to the Amazon Stick above. It has a lot of the same apps and functions. Here are some of it’s selling points:

Google Chromecast
The Chromecast is a slightly different animal, it was initially used as a mirroring tool so you can cast from your laptop or computer, we often use it at work for presentations. It has since however evolved into being more for TV purposes, again here are some of it’s selling points:

Android TV Boxes
These boxes have been around quite a while and you can get a few different variations of them, although there roughly around the same price. It essentially runs an android phone interface right off of your TV, meaning you can easily download apps from the store & more.

Apple TV
An expensive product as all Apple products are, but Apple TV is great and is a perfect alternative option to normal live TV. Here are some selling points:

Do I Need A TV Licence?

You don’t always need a TV licence, and you don’t need one just if you have a TV set. It’s only if you watch live TV, which can include through apps or other services like ITV Hub for instance. You also have to pay a TV licence if you watch any BBC programs, even if they are on iPlayer.

Can I Watch Freeview Without An Aerial?

Not that we are aware of. To stream Freeview in its full capacity unfortunately you will need an aerial to do so. There are ethernet based options, but some of which are illegal and others will usually only offer a similar service.

If you want to watch Freeview then your best option might be to get an indoor aerial. These are simple to use and you can get some pretty powerful ones nowadays, gone are the old ones that you had to re-tune and move around the room just to watch your favourite channels. Here are a few of our top picks: 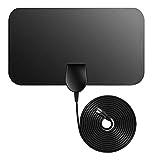 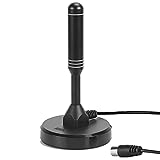 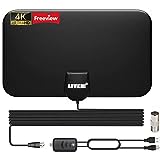 How To Set Up & Align A Satellite Dish Yourself Can You Wall Mount a TV on a Chimney Breast? How To Unlock Bosch Induction Hob A complete novice trying to navigate in the world of DIY. I bought my first home about 2 years ago & ever since I've been trying to research & learn how best to tackle common household problems.
Previous How Much Does It Cost To Repair A Garage Door?
Next How Many Bricks Do I Need To Build A Wall?